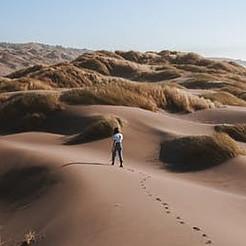 Here’s an excerpt from a fictional story I wrote a while back and today I had the urge to share. This is part one; I hope you enjoy the journey. 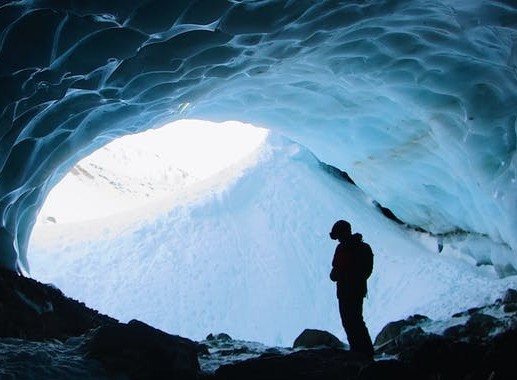 For many years the young man felt as though he walked in circles. One step after another, slowly but surely, the circles became smaller, he was in danger of seeing his past repeat over and over. He needed change, wanted change, would welcome it with open arms but he had become embroiled in a miserable life where uninspiring scenes re-ran with different faces but the same finales.

New projects came and went, some completed, others left by the highway in bleak storm drains. He was a great listener, that’s what made him so good at his job. Day in, day out, he listened to their aspirations, problems and strife. Latching on to some of their ideas, he heard everybody but himself and gave them everything.

Late one summers evening, he set out on a journey to complete part of yet another project. The further he drove the better he felt about everything. Hope journeyed with him and expecting nothing he was shocked when a beautiful stranger offered a hand.

“Yes, I am. I’m looking for the cafeteria. Can you help?”

“Of course. I’ve eaten already but I’ll come with you. It’s right behind you, up those steps.”

He looked embarrassed, she laughed. They swapped personal stories; who they were, what they did. How they came to follow the same course of academic study. Neither realized immediately that a series of events had brought them together and when their hands touched, quite by accident, he felt a shock of electricity and a connection he knew he must never release.

The event ended after seven days. They saw one another again a few days later and she introduced her eleven-month-old daughter who held his hand; they walked together. He drove great distances during the months following to spend what time they could in one another’s company. Eight months later they were united in the same country and started a life together.

There was no happier time that he could recall. New friends, new places and they moved away from his past. A son was born, and another seventeen months later. They lived a love-story and carved beautiful paths, but the past hitched a ride beneath an invisible cloak.

Walking in My Father’s Footsteps 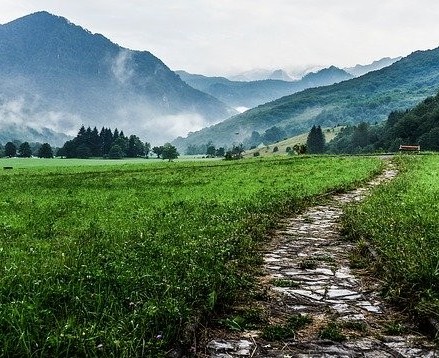 The young man followed the same trail between two mountains for the greater part of the day. He seemed none closer to the goal on the distant mountain.

“Where are you when I need you my old friend? This is an impossible journey, I would value your opinion right now.”

Halting, he cocked his head to the left and listened. Apart from the gentle shush of the wind blowing through dry grasses, over shale and between antediluvian rocks, there was nothing to hear. The young man resumed the journey trodden by familial generations of men.

“You are tired my young friend, rest on this rock.”

Looking for the voice, the young man miscalculated a step and fell headlong toward the seat. Not a seat but impeccably carved by the ever-transmuting direction of the winds into something that looked comfortable. He brushed himself down and sucked dirt from a graze on his palm.

“That hurt! You surprised me. Where were you when I called?”

The timbre of the old man’s voice was wondrous to hear. Opulent and full of expression, overflowing with love.

“I worried when you didn’t answer.”

“Why? You know who I am and that I will never leave.”

“This is an arduous path my friend. What brought you here?” 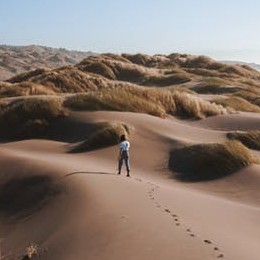 “Oh, generations of forebears have followed this path. It is expected that I do the same.”

“You don’t sound thrilled with this quest young man.”

“Thrilled or not, It’s the path I must follow.”

“Then why call me? Decision made, the path clear. There is nothing I can offer.”

“The goal at the end of this path seems farther away. I’ve been walking constantly and making no headway.”

“Are you certain this path is yours to follow?”

“I know the route by heart. My father taught it as soon as I understood his words.”

“This is his path and his ancestors. If they followed their true paths.”

“If I don’t do this, the business will fail. Years of hard work, lost.”

“So, find a buyer. There is an alternative route to the mountain over there just beneath this ridge to the left. You won’t be walking in your father’s footsteps but close enough to consider his experience.”

The wind changed, the young man stood. With the new wind following, he smiled at his father and felt the exhilaration of the emerging route turn in his stomach.

Out With The Old, In With The New

Starting this episode, here’s a short poem that may or may not have any relevance to the rest of the story. I will leave it to you to decide.

Don’t deny the path you walk

Just call when you can’t find the way

You are a flaming arrow sent from the universal bow

Blazing a trail across the cosmos, never burning out

The thrumming bow is your beat, celebrate

Criss-cross the world with love divine

Sing with me, dance with me, celebrate

Ours is the infinite flight of the flaming arrow

Nothing can halt your progress

“There’s a detailed image of an old dresser on my mind. I’ve tried distraction and all kinds of crazy thinking but I can’t seem to shake it”. 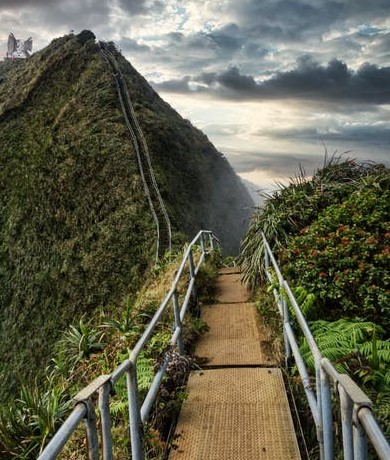 An old man walked along a narrow mountain ridge footpath. A younger man followed. They enjoyed companionable solitude, but an hour later, the young man still couldn’t push away the dresser and he asked the wise man for his opinion.

“You are going through a period of change my young friend. Are there things stored in that dresser that need throwing out”?

“My mind is full of memories”.

“Yet your response was curt”.

“Sorry, I didn’t mean to sound abrupt. I’m not proud of everything in my memories and some things are best left undisturbed”.

“Embarrassing, not experiences I wish to share and some of those memories are painful”.

“Yet you store them in the drawers of your dresser”.

Another mountain came into view as they rounded a large erratic boulder. The young man stopped and leaned, short of breath. The old man looked at him, smiling slightly, obvious concern on his wind-worn face.

“Thinking about the clutter in your dresser drawers is not going to help with anything except draw you back to past events. Why go there? What purpose might it serve”? 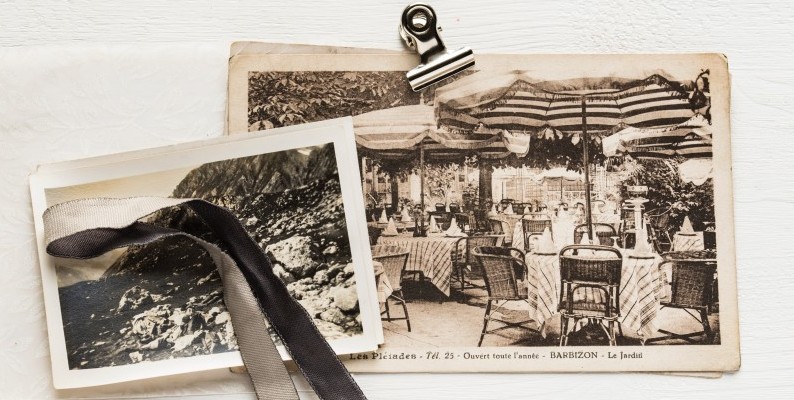 The young man still leaned against the boulder but had caught his breath.

“You may as well put your energy into moving the boulder as revisiting those memories”.

“Even if I could move this boulder, it serves no purpose”.

“Quite true my friend. Just as resurrecting those memories serves none. Let this wind in our faces take away your clutter. Leave the drawers open until it’s gone. Make space for new experiences”.

They continued along the path with the younger man in the lead. His higher-self took hold of his imagination, expanding his thoughts. His step light, he seemed to float above the path.

“Now work those imaginations into reality but don’t forget to tidy away the clutter occasionally”.

The young man laughed and followed the thread of a new idea. When the path offered two routes, he knew precisely which to follow. He hadn’t allowed all the clutter to blow away, he knew of an audience who may appreciate and learn from his past.

What Time Is It?

Sat by a campfire in a forest glade, the young man and his old friend talked beneath the universal blanket of stars

The old man asked the time. 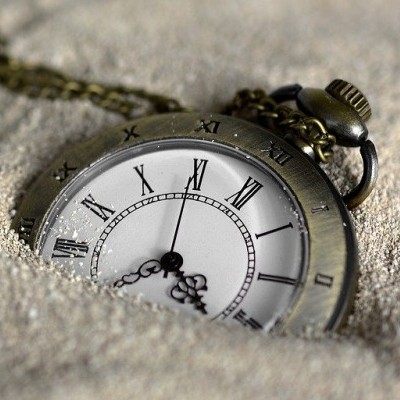 “I don’t know, I don’t wear or own a watch.” The younger man looked at his wrist.

“Why did you do that? You don’t own a time-piece”.

“So, you do think about time my friend”.

“Yes, I must. Everything I do is related to time. Preparing for work in the morning. Keeping appointments. Knowing when it will be the weekend”.

“So, time is subjective; a tool used to measure and remind you of events”?

“Yes, I suppose so, but if I try to live outside time, I will be at odds with the world”.

“Very well; forget about the world for a few moments and consider this. There is no such thing as time; it’s a human construct. When you think about the past, you experience present memories of things that were, or still are, if you dwell upon them. Now consider the future. If you harbor those dwelled upon memories your mind may predict or expect things to come”.

“Simple my young friend. By confining yourself to your own limited portion of existence you waste the brief space of life you have.

Assimilate your memories into experience if they are useful. If not, use them as warning flags or discard them if you can. Do the things you must do and create steps to carry you forward. Don’t be wasteful; if you are, you squander your life. Heaven knows so many complain that life is too short”.