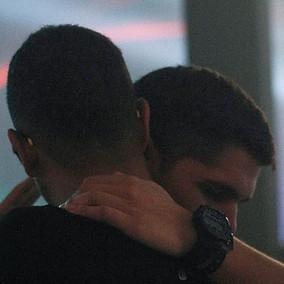 This may seem to be an unusual post because it shares details of an event that may appear removed from the typical subject matter of a post at banish-doubt.com. There are however many parallels as shall be highlighted after this recollection of recent events.

A few days ago, I became concerned because my wife, who had been on a home visit (she is a midwife) hadn’t arrived home and was exceptionally late. I was unable to reach her by phone to check that all was well. She always lets me know by text message if she will be delayed. Her last visit of the day was to a woman who is at term, so I knew there was a possibility that she had gone into labor. Still, Sarah would have sent a message.

There was nothing and Sarah’s phone went directly to answerphone when I called her number several times. The one helpful factor was that we both know the woman and her husband who are highly respected members of the well-being industry.

As my mind raced through the options while I prepared dinner for the girls, the phone rang, and I felt a surge of relief that was quickly dashed. It was Sarah’s dad and he didn’t sound too great (he lives 1000 miles away). He asked for Sarah so, I told him that she wasn’t home yet and I would get her to call. He asked that I help him by telling her that her mother had just been diagnosed with lymphoma. She survived a rare form of leukemia a few years ago; now this, although there is a chance that it is treatable. The specific results would be in soon. After spending some time listening and empathizing, I promised that I would tell Sarah and that she would call soon. Sharing my concern was not an option.

At this point, I applied a range of my usually helpful mindfulness tools, said a few silent prayers and trusted that Sarah would walk through the door soon. The phone rang again, half an hour later. Sarah didn’t sound too good and asked me to come and help because the pregnant woman’s husband was experiencing some sort of breakdown. He had found Sarah’s car keys, destroyed her phone, emptied her laptop and a lot of expensive equipment onto a pile of things (mostly electrical) he had removed from their house and attached business premises. Additionally, he had pulled out crucial wiring from Sarah’s car and she couldn’t drive.

In short, very unusual behavior for a friend I share a hug with rather than shaking 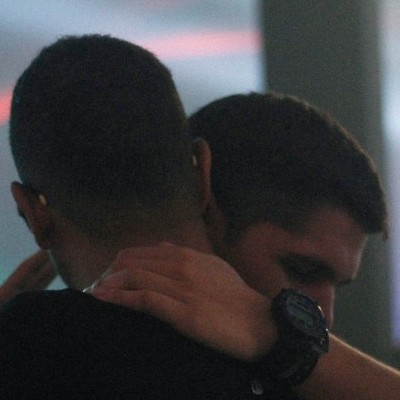 hands when we meet.

After hanging up from a distraught Sarah, I paused long enough to see that the girls had everything they needed and set out on the 45-minute drive into the Pyrenees. Negative and worried thoughts assaulted me, and I batted them away like a tennis player returning practice serves. It took 20-minutes to generate some positive thinking and how I might help to improve the situation. No, I wasn’t thinking hero saves the day, rather, share the love because people I care about were in pain and one of those could go into labor at any moment given the stress I imagined.

On arrival in the grounds of the house I was stunned. Even in the dark it looked as though a hurricane had torn through. The women came out to meet me and explained the situation. Jean had been treated two weeks earlier for an ear infection. A week after that, another doctor doubled the medication and his behavior started to change. Earlier that day, the police had to assist an ambulance crew because he refused to go to hospital. Once there, they treated him to reverse the effects of the medication because they estimated that with just two more days on the dosage of the original drugs, his heart would have stopped.

The hospital gave him strong medication and he slept for several hours before they discharged him to home late on Friday afternoon. This was when he started taking the house and Sarah’s car apart.

Before I arrived, they had called emergency services twice, who argued and said he should stay at home and keep taking the new medication. I encouraged a call-back after seeing Jean and realizing that he wasn’t the connected, grounded man I know. Rather than sending an ambulance, they sent the police who saw the scene as a place of domestic violence rather than the unfolding medical situation that it was. After intense argument, the officers relented and called an ambulance. The hospital has now said they will keep Jean until he recovers completely.

What Can We Take from This?

Before I answer this question, consider this:

“We don’t see things as they are, we see them as we are”. Anais Nin

Sometimes when you consider taking a chance in life. Start a new habit that feels unfamiliar, a new business venture or, ask someone out for a date, our minds seize the negatives of what may happen. We get lost in vague fears and about what could happen if we actually took action. The mind runs wild fueled by fear and creates nightmare scenarios and self-doubt. One of the answers to this is to cultivate and live in a positive environment.

On the surface, these seven points may seem simple enough but we’ve all been in challenging situations where the ground seems to disappear and leave us floating in difficult places. It’s natural, it’s called being human. If you need help with these or any other aspects of your personal development, reach out by leaving your contact details in the comments below. Nobody will see your contact details and they will never be shared.

Please leave yours below. Your thoughts or questions may well ignite a positive spark in other readers thinking. You will always receive a prompt response to your questions and there is no such thing as a bad question; only the one that was never asked.

I wish you a wonderful and successful day.